﻿Factors Which Influenced The History Of Mountain Biking 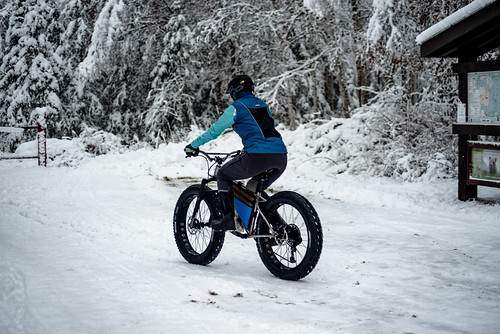 Busy and Hectic Lifestyles led San Franciscans away from their country and into the Marin County which marked the origin of the sport of Mountain Biking. What started as a mere sport became a passion as the sport made a niche in history and even bikes were modified to suit the sport.

Mountain Biking used to be the passion of a selected few until it became widely accepted as a competitive and enjoyable sport. The reason for this change was due to three factors. These factors were the individuals who used the extreme sport of Mountain Biking to fulfill their passion, the location or geographic aspects and the construction of the Mountain bike.

Factor No.1 – The People

The Marin Countys were famous for their mountainous terrain and San Franciscans who loved bicycling developed a passion for competitive bike races. Initially it started as a 3 mile fire trail bike race in the city of Fairfax. The race included a downward slope extending over 1600 feet. This race gradually became a craze with bikers who wanted to break past records and thus vehemently took part in the competition.

The race grew immensely popular because of its competitive and entertaining nature. However racers were unable to comply with the Insurance requirements and since the competition was highly risky and dangerous the result was the cancellation of these races.

Factor No.2 – Location or Geography

Termination of these races did not affect its popularity, so much so that the biker community endeavored to establish the birthplace of modern-day mountain biking. Mount Tamalpais in California won this honor.

Initially, the only races held on Mount Tam would involve bicyclists racing down the mount and once down they would get their bicycles transported by various methods to the top of the Mount. Over the years, the races became more competitive and extreme and bicyclists not only raced downhill on their bikes but also cycled back to the top of the mountain.

Factor No.3 – The Equipment

The transformation of the bicycles began at Mount Tam where they acquired their present-day appearance as well as the inclusion of the balloon tires. Safety emerged as the top priority and as a result the ordinary bike was modified keeping this aspect in mind. Thus the transformation of the mountain bike also made a place for itself in the history of Mountain Biking.

These modifications included installation of light as well as strong breaking mechanisms like the cantilever breaks. The breaking device in ordinary bikes wasn’t apt while cycling uphill or moving across rough and dangerous terrains. The cantilever breaks served this purpose due to its light yet strong characteristic.

Another significant modification was the use of additional gears on the mountain bikes. Riders scaled mountain heights and precariously traveled across terrains and these additional gears greatly benefited them.